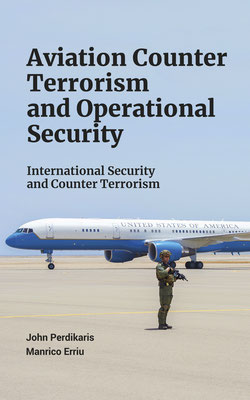 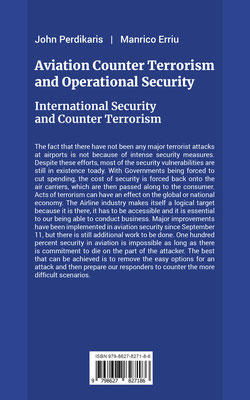 The fact that there have not been any major terrorist attacks at airports is not because of intense security measures. Despite these efforts, most of the security vulnerabilities are still in existence toady. With Governments being forced to cut spending, the cost of security is forced back onto the air carriers, which are then passed along to the consumer. Acts of terrorism can have an effect on the global or national economy. The Airline industry makes itself a logical target because it is there, it has to be accessible and it is essential to our being able to conduct business. Major improvements have been implemented in aviation security since September 11, but there is still additional work to be done. One hundred percent security in aviation is impossible as long as there is commitment to die on the part of the attacker. The best that can be achieved is to remove the easy options for an attack and then prepare our responders to counter the more difficult scenarios.

Dr. Perdikaris is a registered professional engineer in the province of Ontario Canada. He has over 20 years of varied engineering and emergency management experience on a variety of projects, including acting as project manager. He is an adjunct professor in the Department of Civil Engineering and lecturer with the Chang School of Continuing Education at Ryerson University. Dr. Perdikaris has a Bachelor’s of Applied Science in Civil Engineering from the University of Toronto, a post-graduate certificate in environmental science and engineering from Ryerson University,  a Master’s Degree in Water Resources Engineering from the University of Guelph and a Doctor of Philosophy Degree in Water Resources Engineering from the same university. Dr. Perdikaris began his engineering career with the Conservation Authorities focusing on climate change, watershed conservation, flood forecasting and warning, dam safety and stormwater management. He later focused his efforts on dam safety, risk assessment and the application of GIS to renewable energy generation industry. Dr. Perdikaris is a member of the Canadian Dam Association’s working group on emergency management and a published author. His research paper on “Responding to Major Catastrophic Events for Dam Owners”, won the best research paper award at the 2016 Canadian Dam Association Conference. In addition, to his engineering skills and background, Dr. Perdikaris has developed expertise in physical security, personnel and critical infrastructure protection and counter terrorism. He is a graduate of the Canadian Security Studies Program from the Canadian Forces College in Toronto and a member of the World Institute for Nuclear Security. Through his company Innovative Defensive Options, Dr. Perdikaris provides training and consultation advice to organizations in these areas. Dr. Perdikaris has provided training to members of the Canadian Forces Preventive Medicine Branch in water supply security. His text book “Physical Security and Environmental Protection” won the 2014 Campus Author Award, celebrating the 2013-2014 book publishing accomplishments of the University of Guelph Community.

Manrico Erriu is a strategist, specialist in protection and risk mitigation. He took part in multiple operations in the Americas, the Middle East, Africa, Balkans and Asia, with hands on experience in the field of counter terrorism and protection in the Government and private sector. Specialising in counter terrorism, close protection operations and Intelligence have been and will continue to be pivotal areas of his expertise.